Current board of KOers

This is the current board of study association KOers. The 50th board consists of, from left to right: Evelien Dorresteijn, Marc Nijenhuis, Anne Derks, Hidde van Wezel, Sue Ellen de Nijs and Olaf Vens 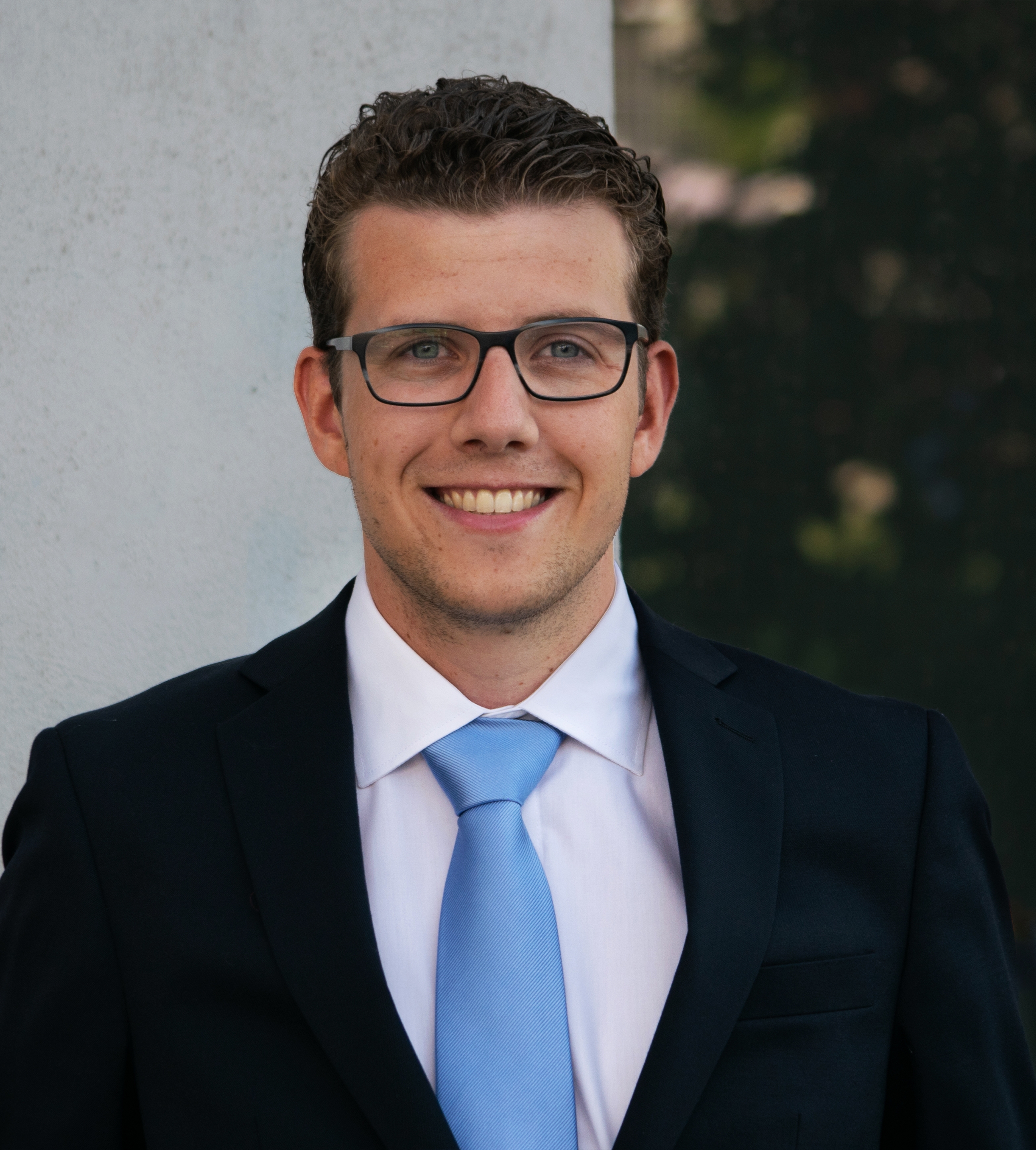 Dear KOers members,
My name is Hidde van Wezel. I am born 19 November 1994 (24 years). Hidde is a Frisian name which relates to where I come from, Leeuwarden. As second  I have lived here for 18 years and finished my HAVO with a specialisation in Geographic, physics, biology, chemistry and mathematics.
After graduation I decided to start the study Civil engineering in Groningen at the Hanzehogeschool of applied science. I also moved to Groningen and started playing football here. After four great entertaining years I graduated with a nine for my  graduation project. My graduation partner and I were also awarded with the Hanze Innovation price which is give once in the two years. Owing to this the Hanze decided to add us to the Hanze walk of fame.
Graduation meant I had to start working or start my master. I felt that a master would be the right choice for my and enrolled in Eindhoven at the Technical University of Eindhoven. Before staring my master I had to do a pre master. Finishing the pre master I could start the master Structural Engineering and Design which is also what I am currently doing.
As a person, I am always positive, active and motivated. I have a like-minded character so you won't see me angry or very sad. I like to talk, especially about sports and politics, and like to meet friends and family. In addition to my studies, I play football, road cycling and regularly meet friends to have a beer. I have a great passion for the hospitality industry, I work in a beach bar on Texel in the summer and I like to spend my free time cooking and mixing cocktails. When I am alone, I like to watch series, films, read a book (mainly thrillers) or listen to music. Since March 2014 I have a relationship with Elisa Klijnstra.
In addition to my board year, I intend to earn my remaining points and prepare for graduation. I hope to be able to start this in September 2020.

As chairman I hope for a good KOers year with lots of activities, drinks, trips and fun. I am going to do my up most best to give everybody a warm welcome at our association and will always be there for my fellow board members. 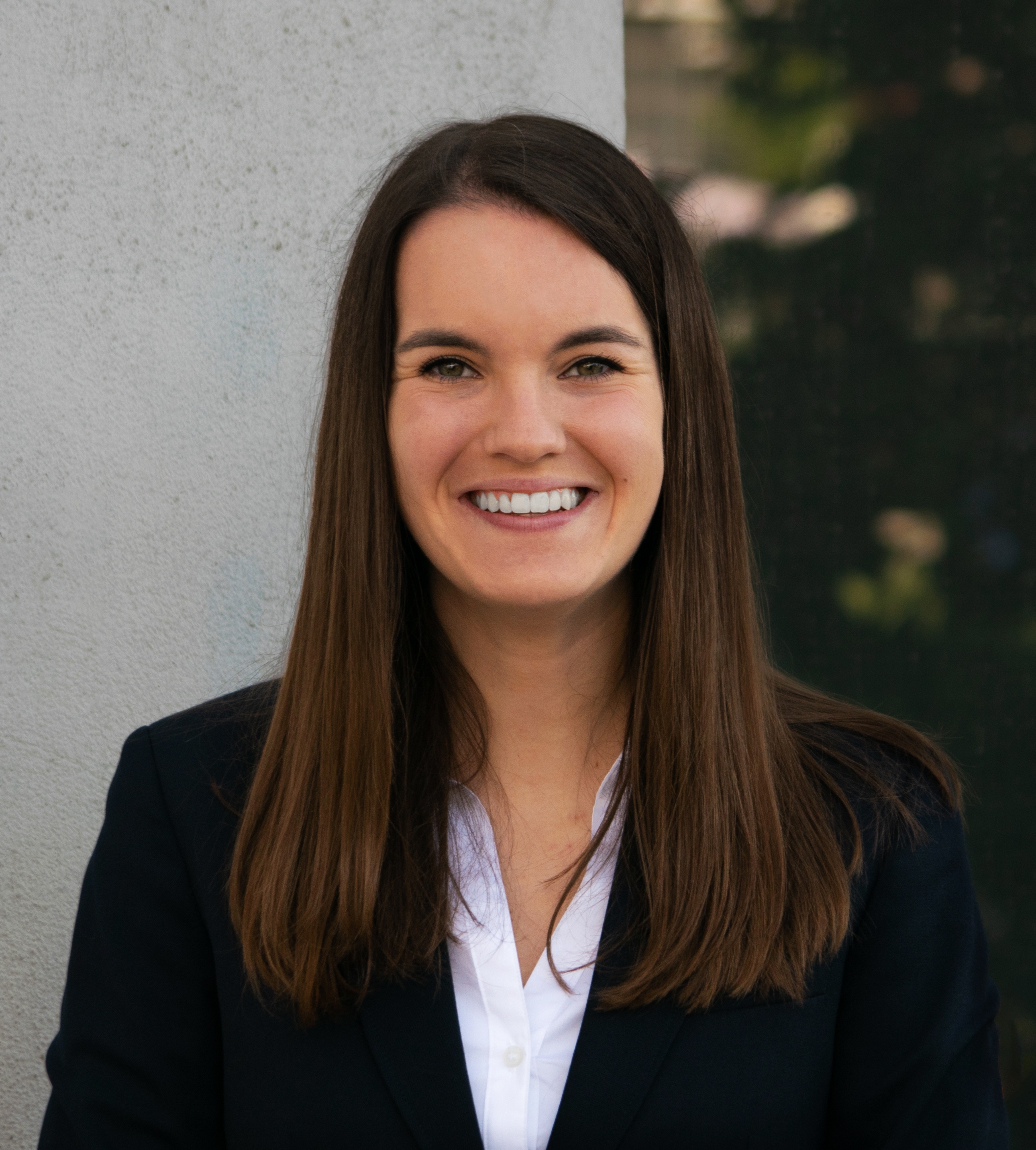 Dear KOers members,
My name is Anne Derks and I'm 22 years old. I grew up in Well, a small village in Limburg. At Raayland College in Venray I first studied 5 years of VWO. Unfortunately, as a real Beta student, I had a lot of trouble with the language subjects, which is why I finished my secondary school at the HAVO. After this, I started at the Fontys in Venlo where I studied Mechanical Engineering and Industrial Design. Soon I found out that I liked making the calculations, but was not really interested in designing products and machinery. At that moment I started looking for another study with a combination of technical calculations and design. Soon I found out that ‘Bouwkunde’ seemed like to have this combination. From an early age, I have had the familiar 'Bouwkunde symptoms', such as playing with Lego and the Sims. That's why I started ‘Bouwkunde’ at the TU/e and soon it became clear that this was the right decision.

I started ‘Bouwkunde’ with the attitude that I would become an Architect (like almost everyone else). I really enjoyed designing and being creative. But when I got the technical subjects halfway through the year, I found out that I liked this more. Because of this, I had a lot of doubts, but I still opted for the Structural Engineering and Design direction in the second and third year of my Bachelor's degree. Dear KOers members,
My name is Sue Ellen de Nijs. I’m 25 years old and raised in Bergen op Zoom. I did here HAVO at the Mollerlyceum. After that I went to Rotterdam to do the study Building Engineering on the Univerity of Applied Sciences. I started the study with the idea to become an architect, but in the first weeks I figured out that being an architect would not fit me. My interests were more at the structural design and building physics aspects, so I concentrated as much as possible on these courses during the study. After I finished my study, I decided to do what I already wanted to do before even going to Rotterdam and that was going to the Technical University. So I started the pre-master Structural Design in Eindhoven.

My study here started in 2017. But I wanted more than just learning on the university. During my graduation from the University of applied Sciences at Witteveen + Bos I realized that there is a big difference between the things you learn during your study and the things you learn during working. For that reason I wanted to work as a work-student and get some real experience in the working field. This went really quick and already during my premaster I started working for two days a week at BouwQ. I started with checks for structural safety and after a while I also was allowed to do check for building physics and fire safety. Besides the checks in the office, I also help with the checks on sites. During this year I will continue working for two days a week. Next to that, the plan is to also complete my courses.

My first meeting with KOers was during the premaster. But in the beginning of the year I was still living in Rotterdam, so I was not with KOers that much. As soon as I lived in Eindhoven, I become more active. I think KOers is a really sociable association with a lot of fun and interesting activities, something that I like really much. Because I wanted to do a board year for a very long time, and because KOers is a nice and active association, this is the perfect opportunity to grab my changes and do a board year. I’m really happy that I may be the treasurer for this year and I’m looking forward to all the activities that we have! 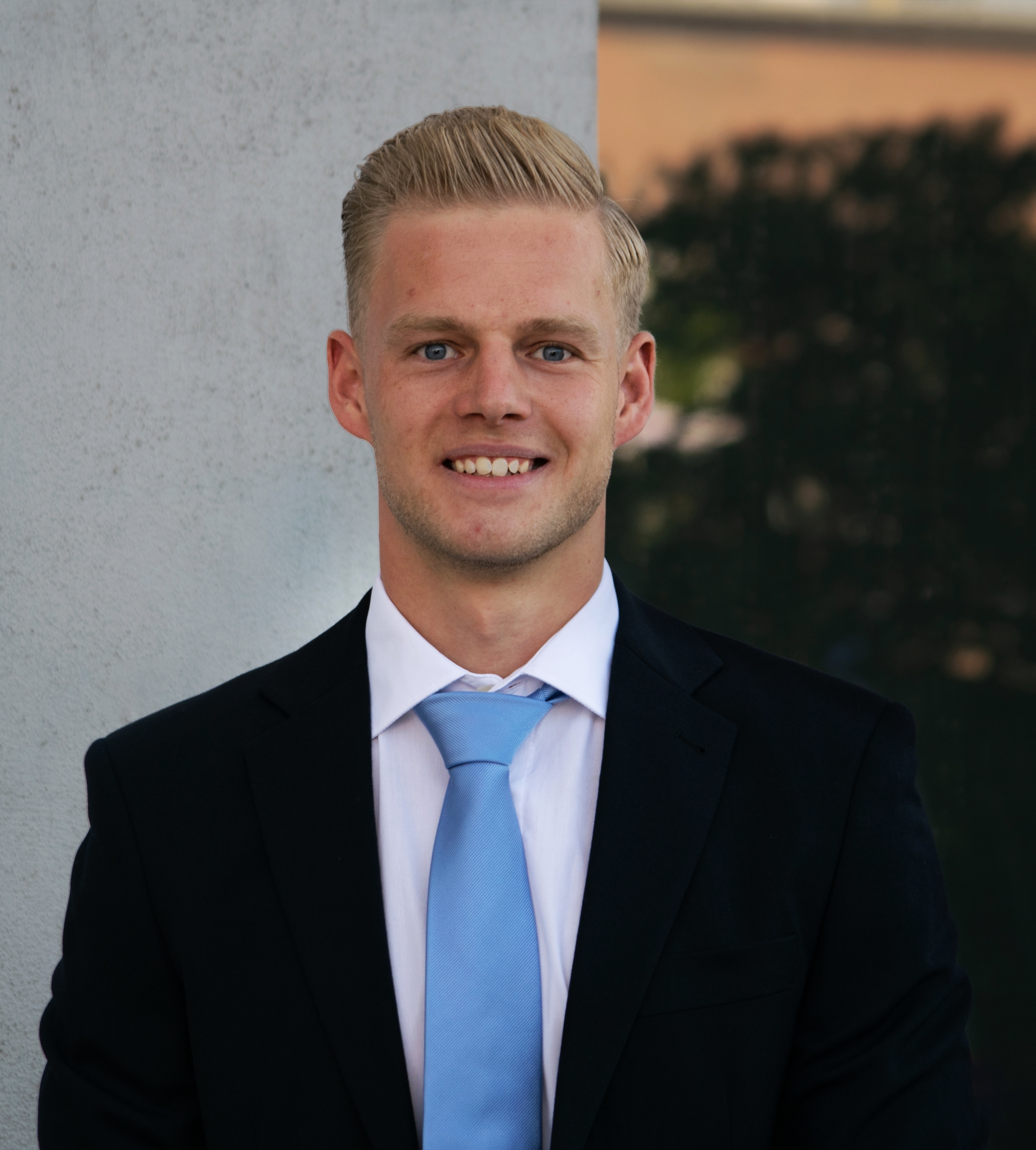 Dear KOers members,
My name is Marc Nijenhuis and I am 24 years old. I grew up in Exel, a small village in the beautiful Achterhoek. I spent my high school time at Staring College in Lochem. Here I got my preparatory secondary vocational education (VMBO tl) diploma and after this, I started the secondary vocational education (MBO) study middle management officer construction and infrastructure at the ROC Aventus in Deventer. This is where I found my passion. I did several internships at construction companies in the execution as construction site assistant, assistant site manager and in the office as a construction project planner. I liked this so much that after 3 years I started a bachelor's degree (HBO) study to become a building engineer, at the high school of Arnhem and Nijmegen (HAN).

Due to my high vocational education background, I first had to go through the pre-master, during the pre-masters I was not very involved in KOers. Before starting the master's in the new year, I worked for another six months at Aveco de Bondt. In the master, I moved to Eindhoven and became involved in KOers by joining a meeting for the multiple-day excursion. From this moment on, I have attended various activities of KOers, which help to provide an educational but especially enjoyable study time. 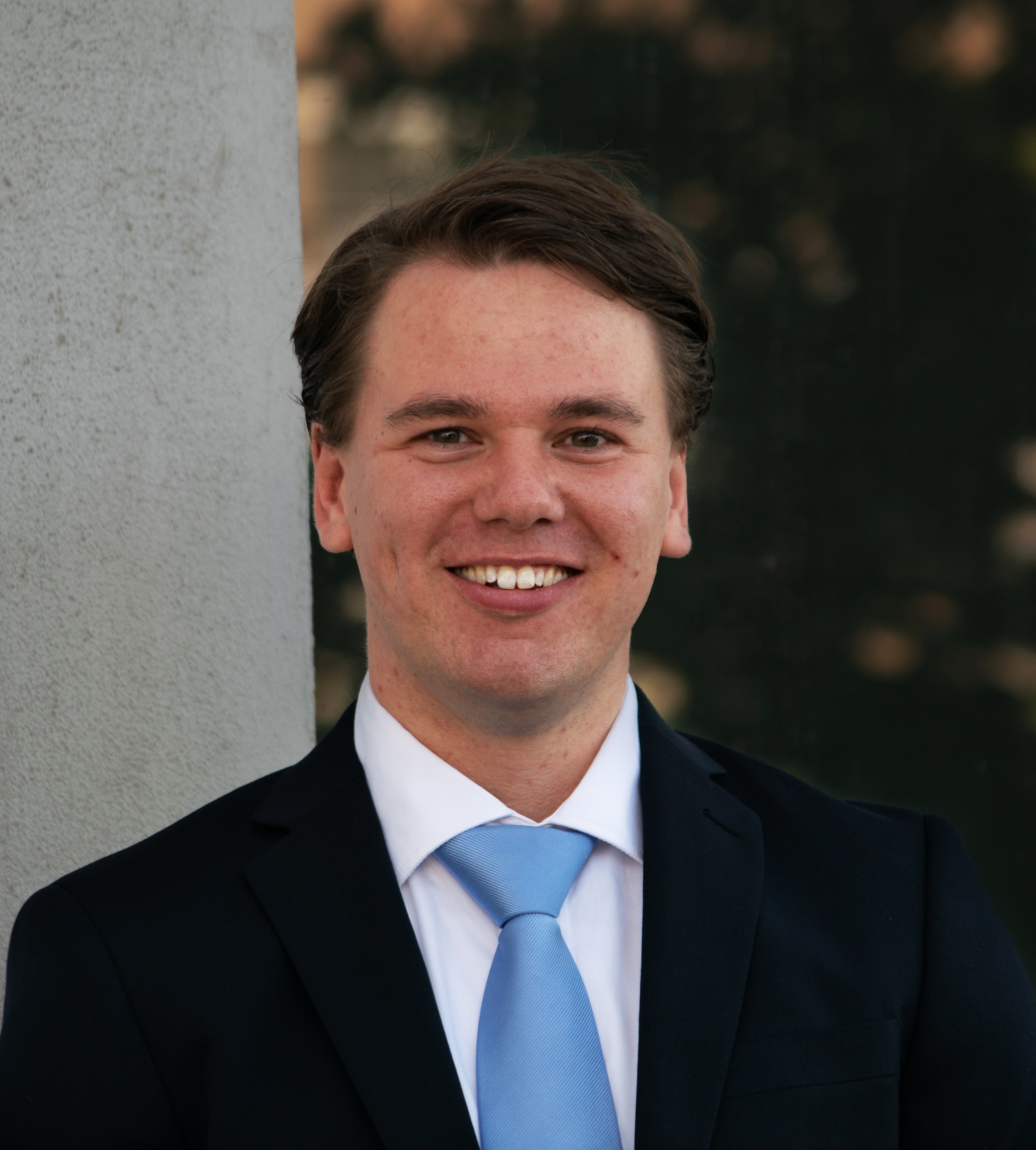 Dear KOers members,
My name is Olaf Vens and already 25 years young. Born in Rotterdam and raised in Gouda. After finishing VWO nominally in six years, after that I took some more time exploring the TU/e. Industrial Design seemed to be the right choice for me. The examinators did not agree. After two years and 30 ECTS they kindly requested me to switch study. Maybe being an active member of both Thêta and Lucid was somewhat optimistic especially combining it with competitive rowing. All in all this resulted in me having to choose a new studies, and I choose Built Environment. After Industrial Design I knew for sure, I will become an architect. Oh wait, architecture is a bit to vague for my taste. It only took me three years of architecture to realize this. Doing both multi and my BEP in the SED direction solidified my interest for Structural Design.

During the Bachelor I did a lot of committees for CHEOPS and Thêta. Amongst others designing a second floor for Thêta. To allow Thêta to continue growing and improving. On the other hand I also was present a barman in the SkyBar!. Where in the beginning of last academic year I was a lot at Thêta or CHEOPS. But during the year I also got to know some more people from KOers, as they persuaded me to join the trip to Bucharest.

Getting to know more people also means they will at one point they will ask if you might be interested in joining the board coming year. After some back and forward I gave in. By now I am excited for my roll as Commissioner of Education & Activities and Vice-chairman. Dear KOers members,
My name is Evelien Dorresteijn and I am 24 years old. I grew up in the center of The Netherlands, in Amersfoort. After graduating from the HAVO I took a sabbatical year. I mainly worked in this year. After a lot of hesitation whether I should start studying graphic design or architecture, I finally decided to study architecture at the Hogeschool van Amsterdam (HvA). I started at the HvA with the idea that I wanted to become an architect. But after the first quartile I thought it was all too vague and structural design attracted me much more. At that moment I was also very happy that I didn't start the graphic design study at the art academy.
In the second year of my education I started to specialize in construction and I did an internship at an engineering company for the built environment. For my minor I thought it would be nice to do something completely different so I selected the minor Applied Psychology in Utrecht. I graduated with a thesis on transformation project of a monumental building in Amsterdam, which was very cool to do.
After college I have taken another sabbatical year in which I have worked for half a year at a building engineering company in Amsterdam. The experience of  working this half year made me feel  sure that I had chosen the right study. But I noticed that at most companies you need to have a Master degree if you want to work as a structural engineer. So I decided to start a study for the master degree. I have doubted between the Master education in Delft and Eindhoven and a part-time Master degree at the ‘Betonvereniging’. After I had a tour from Derk and Gido who were member of the KOers board at the time, I was convinced and I opted for Eindhoven. The second half of my sabbatical year I travelled through Southeast Asia with a friend.
From the start of my pre-Master I became involved with KOers fairly quickly and I participated at many activities. It is a very nice and active study association. That year I joined the committee for the international study trip. I think that being in the board of KOers is a nice and instructional addition next to my study in which I will focus myself on the renewal of KOersief.