Two 3D models of the dome stood side by side during the initial design meeting with the architect. They were almost identical, except that one had openings and the other did not. In the case of the dome without openings, you could ‘feel’ it working like a shell structure when you pressed down on it with your hand. The dome with openings was a completely different story. Although the end sections were still quite stiff, the centre section had completely lost its ability to work like a proper shell structure. 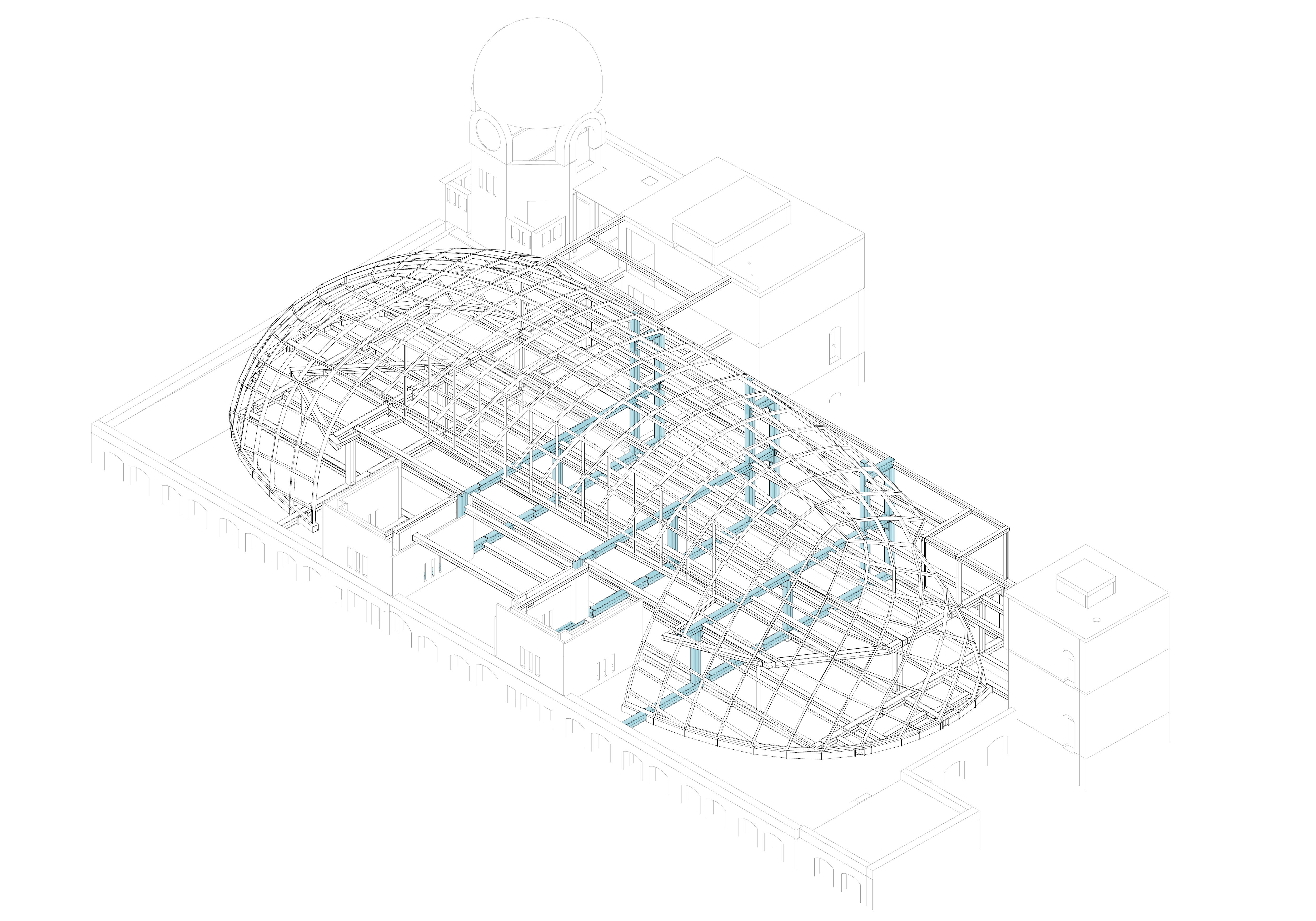 Figure 1: Steel structure of the dome; ‘giraffes’ shown in blue

Grid of the day
The assignment sounded simple: a two-story roof section on the former Diamond Exchange building, a national monument in the heart of Amsterdam. After the building aesthetics committee had rejected an earlier design, Zwarts en Jansma Architects put forward the idea of building an elongated glass dome on the roof, in combination with a carefully designed steel grid. During the design process, this grid (and the basic underlying shape) was refined and fine-tuned many times over in a parametric design process. Because minor changes in this area could potentially have a significant impact on load transfer, the structural impact of each grid variant had to be assessed as quickly as possible. 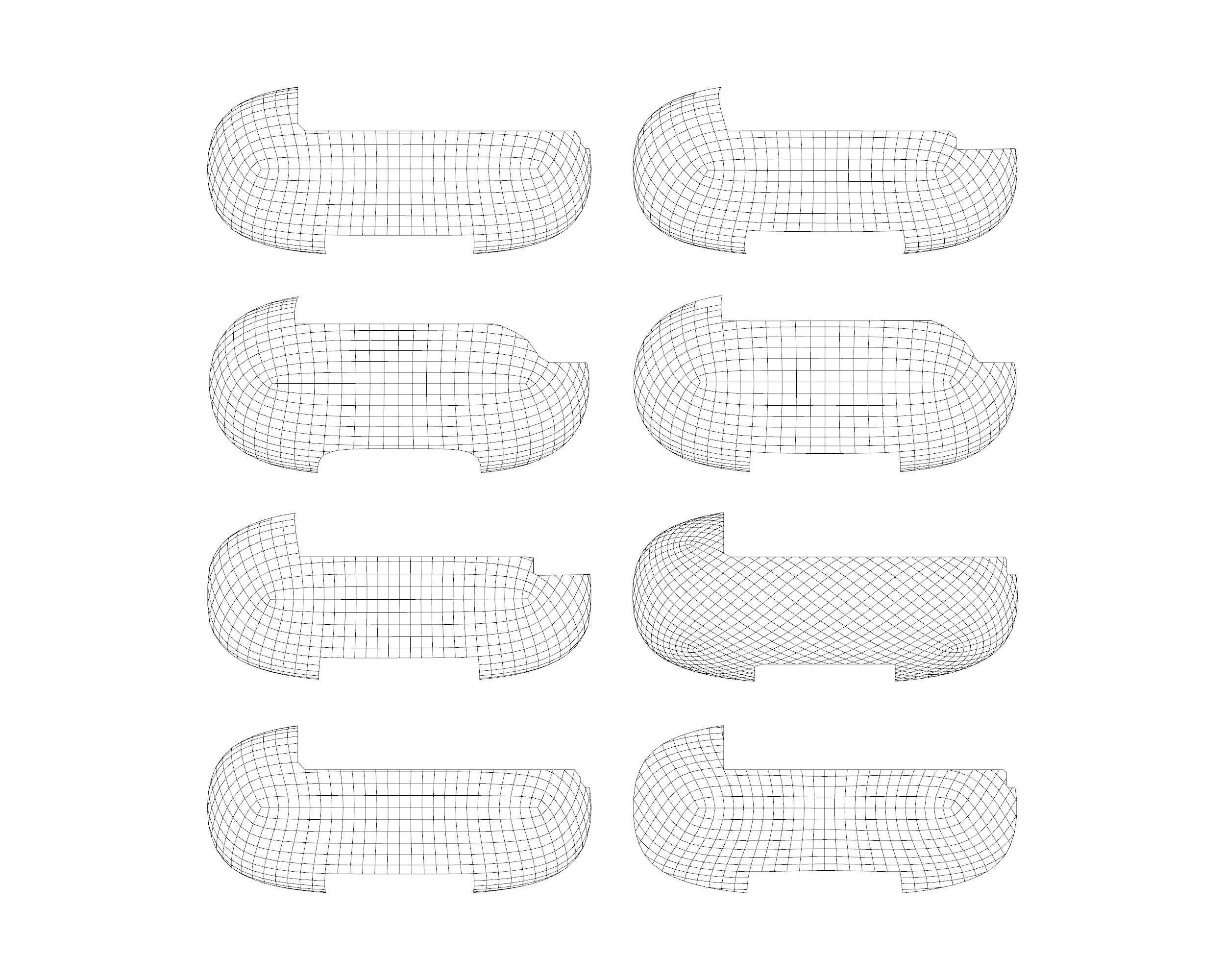 Manually creating a 3D calculation model for each new iteration was not realistic; the grid changed at a rate of up to three times a week at the height of the design process. Setting up the structural part parametrically and linking it to the model of the architect, meant that nothing more than a ‘cable’ was needed to be connected for each new iteration and the new shape was worked out automatically. Keeping up with the architect’s design process would have been impossible if this approach had not been adopted. Giraffe with a stiff neck
These initial analyses quickly revealed that the underlying steel structure played a significant role in the load transfer, mainly due to the large openings. Even though the end sections of the dome were more than enough to transfer forces from all directions into the substructure, the centre section showed a marked lack of 3D strength. What remained, was a beam on two supports without provision for a support point at the rear, as the load bearing wall of the former single-story roof structure was to be demolished to make room for the (cantilevering) kitchen. By clamping tall steel columns in the floor girders of the sixth and seventh stories, it was still possible to create a support surface for the dome. Due to their long ‘neck’, these columns soon became known as ‘giraffes’.

Figure 4: Deformation of the giraffes

These giraffes had to absorb all transversely acting horizontal forces. So it was important to make the giraffes as stiff as possible because the weaker they were, the greater the deformations in the dome above. Diagonal braces were simply not an option; the usable space in the dome had to be left completely unobstructed. By using HEM360 profiles to create Vierendeel trusses, both in the body and the cantilevering neck of the giraffes, the deformation caused by horizontal forces could be kept to a minimum.

Table structure
In order to limit the effect on the historic building structure, the dome and the new upper stories had to be supported by the load-bearing columns in the existing building. By designing the upper stories as self-supporting steel-concrete floors, it was possible to create a steel tabletop in which the giraffes could also be integrated. The tabletop would add more than 2000 kN of extra load at its heaviest point, however, since the foundations needed to be strengthened anyway, this extra load would not lead to issues in the foundation. The existing concrete structure and its masonry façades, on the other hand, would be subjected to excessive loads, so it was decided that both the columns and the masonry façade at the rear had to be strengthened by adding a reinforced concrete skin. Thanks to the integrated approach of the dome, the giraffes and the table structure, this was the only visible change to the existing historic structure and Van Arkel's legacy was successfully restored to its former glory.