Adhesive joints that are sandwiched between two substrates are used in the design of various structural applications. To improve the performance of the joint, an understanding of the interaction between the adhesive and the substrate is needed. One important aspect is crack propagation. Cracks can propagate in numerous ways, resulting in different failure mechanisms.

To mimic a brittle material, the cohesive length scale should have a value around 1.0. However, the behavior will be quasi-brittle since the cohesive strength, in addition to the fracture toughness, plays an important role during failure. A parameter study is performed to study the effects of a mismatch in fracture properties between the adhesive layer and the interface between the substrate and the adhesive layer. As a reference situation, the fracture properties of the adhesive and the interface are equal. For this situation, interfacial failure is observed, i.e. delamination occurs between the adhesive and the substrate layer. A mismatch is obtained by varying one of the values of the fracture toughness and the cohesive strength of the interface. Several failure mechanisms in addition to interfacial failure are observed: serrated interfacial failure, crack deflection, alternating crack deflection and in-layer failure, Figure 2. The transitions between the failure mechanisms are plotted in black in a failure map as a function of the mismatch in cohesive strength and fracture toughness, Figure 3. 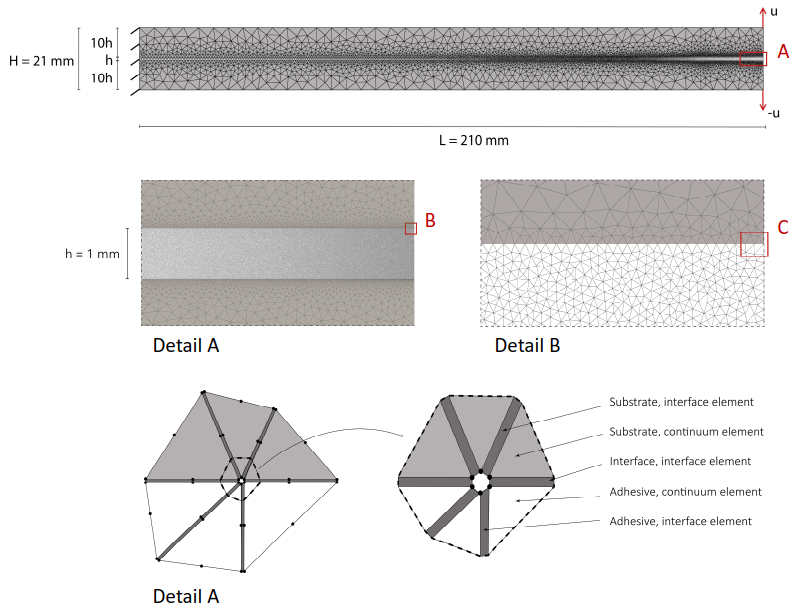 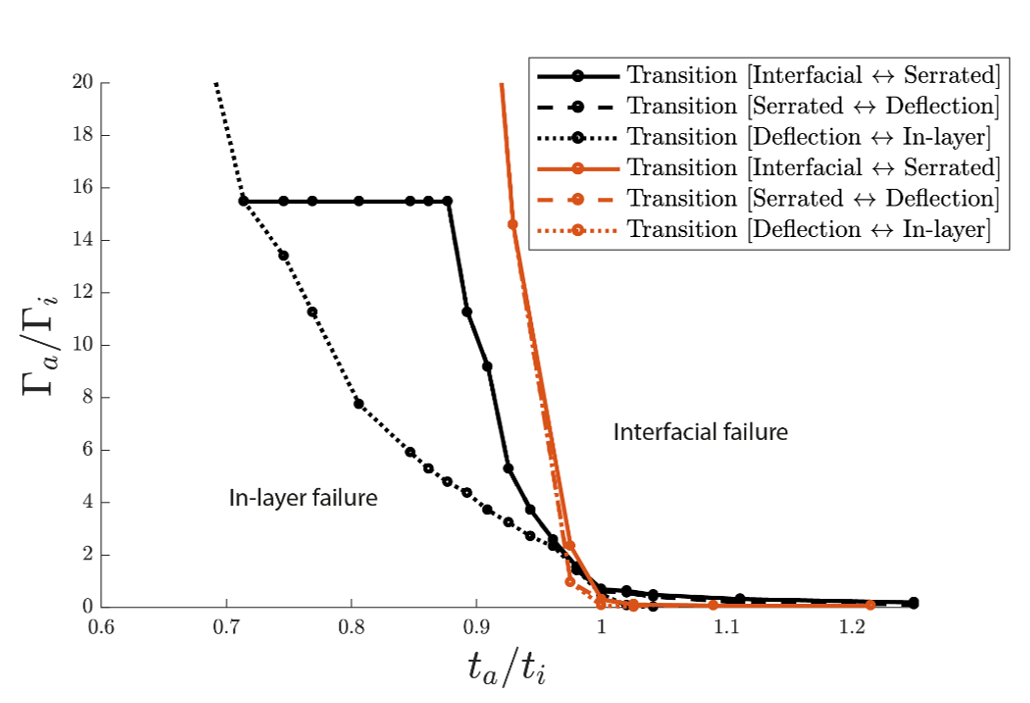 Figure 3: Failure map of the transitions between the failure mechanisms

It is found that an alternating crack path trajectory can occur when the interfacial strength is lower than the adhesive strength and when the interfacial toughness is considerably high compared to the fracture toughness of the adhesive layer. The dimensionless load-deflection curves in Figure 4 shows that an alternating crack path results in a higher failure load and in a higher toughness path compared to the other observed failure mechanisms.  The load jumps in the graphs indicate the moment of crack kinking. To obtain the desired behavior of an adhesive joint, the mismatch in fracture properties should be considered in the design process. 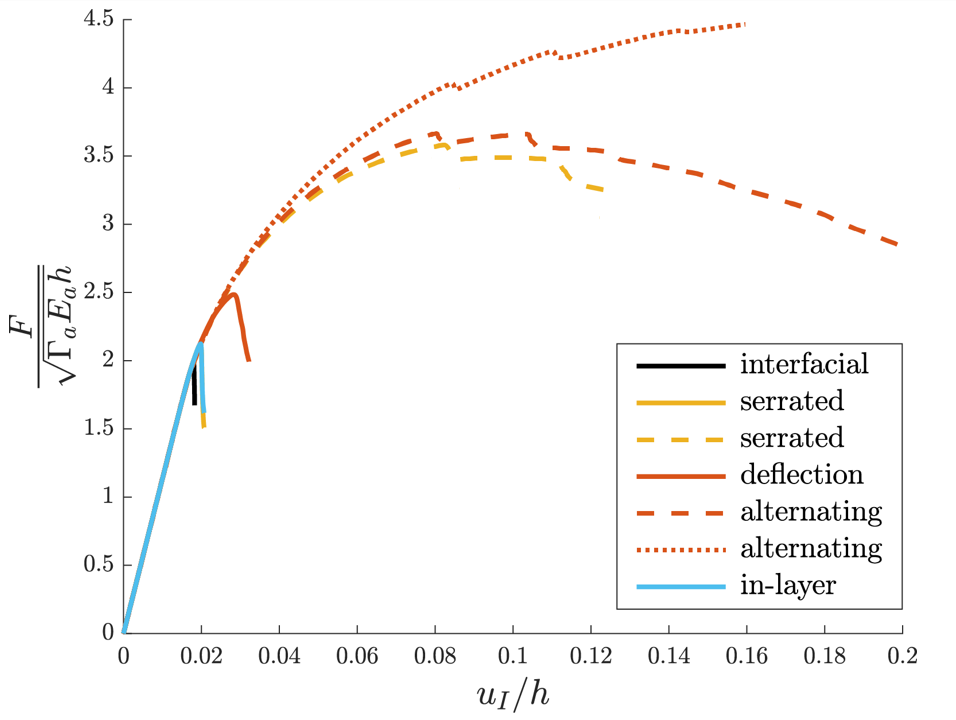