7KP6M0
In 1990 at Structural Engineering and Design (SED), only a single course, "7P610", existed on the Finite Element Method (FEM), which used Blaauwendraad and Kok's well-known books. Around 1993, already two courses were scheduled. The first elective course that one could follow was "7P790 Mechanica 8", given by Piet Hiemstra, see Figure 1 for the Dutch description.

Although the study guide promised an overview of the field, I can guarantee that we were only seeing an endless and clueless string of element derivations, for eight weeks, without any framing. In the next trimester, "7P793 Oefening Mechanica 8" could be joined. The study guide promised the simulation of a simple problem for which the solution was known using an existing program. It may not feel exciting, but to be frank, educationally, it was a sound practice, and it was not that different from our current approach. Last in the sequence, "7P810 Mechanica 11" was meant to introduce non-linear finite element methods. However, the lecture notes were still in preparation, and for the lecturer, there was a vacancy. When Monique Bakker finished her PhD and started to work as an assistant professor, she was asked by Jan Kerstens (at that time chair of Applied Mechanics) to take care of 7P790 and 7P810. Under Jan his supervision, she overhauled the courses completely and with that 7P790 was recoded as 7P840.

Since then, the courses included backgrounds, pre- and post-processing, an extensive discussion on possible errors and interpretation of results, and most importantly, many practical exercises with Ansys. Monique wrote excellent lecture notes, unfortunately for now in Dutch. The setup of these courses was so tempting that I followed them as a PhD student again in 1997. When Jan and Monique told me that I would receive a 9 for the assessments two times, I firmly rejected, because it did not feel I understood all the details fundamentally well. They got angry and told me they were the persons to decide, not me. Finally, around 2009, Jan asked me to redesign the Applied Mechanics courses in the Master. In addition to 7P840, which I ran already from 2002, I also took over 7P790. In 2015, 7P840 was merged with 7P865 (Energy principles) into 7KP6M0, and 7P790 was renamed as 7P870 first and then as 7KT7M0. It makes you wonder: why all this renumbering? Although the merging into 7KP6M0 was seen first as somewhat incidental and caused by bureaucratic considerations, it now comes out that the principle of stationary potential energy is an excellent introduction to the derivation of a finite element. It is good to know that 7KP6M0 and 7KT7M0 are still primarily based on the quite timeless and outstanding work of Monique.

Computers
Finite element methods are strongly related to computers and it should be realized that in 1993 most staff in the unit Structural Engineering and Design (back then BKO: Bouwkunde Konstruktief Ontwerpen) did not have a computer on their desk! The lab had computers for measurements though and for study association KOers there was a common room with four  computers that could be shared with about 30 students. For the PhD students, above this room, an open space was available with a few Sun SPARC stations, see Figure 2 on the left. ICES Strudel and Diana, among other, were the finite element software running on these UNIX based systems. 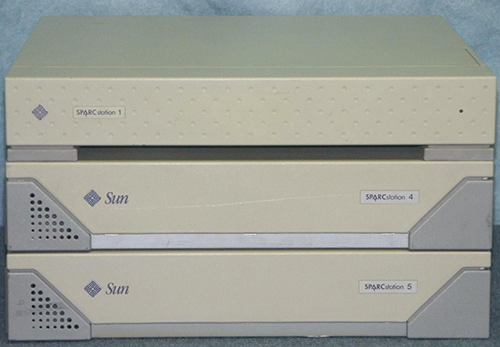 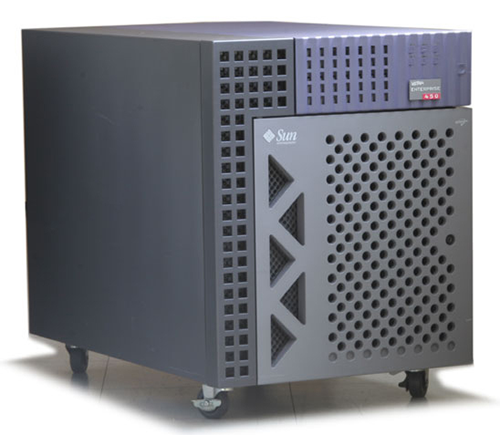 Figure 2: SPARCstations similar to those in the space behind the "Jan Siebelink hoek", (pinterest.com), on the right a Sun Ultra 450 (dcomcomputers.com)

Some years later, PhD student Hans Bongers got a STW (Stichting Technische Wetenschappen) financed SUN Ultra 450 with 4 CPUs meant for his multi-scale simulations on concrete. Very impressive and it was as large as a fridge, see Figure 2 on the right. I remember that he found a bug in the UDEC code that he used and his supervisors made a claim to the USA based developer to get paid back all the lost hours of research, that of course without success. For my STW research project, a budget of f 80.000 (Dutch guilders) was available for a workstation, which became a Sun Ultra 80 with two CPU's, at that time equal to two threads, each with a performance SPECfp2006=1.43. In comparison, in 2015 we bought a HP workstation for € 2000, having 12 threads, each with a SPECfp2006 equal to 82! A simulation took roughly 40 to 60 hours, which was fine when started up before the weekend, and results were then available on Monday before your first coffee. Similar simulations have been carried out last year by a MSc student, and they lasted less than half an hour. So using a script, the complete experimental program of 72 experiments was finished within two days. This was almost one third of a PhD project in the past! So, on one hand, computational power has increased enormously; on the other hand, the type of simulations is still the same. The resolution has increased, but this does not always yield qualitative better insights. All the errors ‘available’ to users, as already mentioned by Monique in her lectures, are still made.

Finally, life at SED has changed dramatically too. Maybe not so much related to education, but even more so with respect to research. Thirty years ago, daily research involved reading literature, doing experiments in the lab, making derivations, making notes and drawings, and infrequently ‘publishing’ these results in a report, which often found its way only to the local library. Hans Hoenderkamp, a former associate professor in Steel Structures, is to be acknowledged for introducing and reinforcing a culture of scientific publishing in the group, both for conferences and journals. In general, the quality has become more and more a subject to measurement, strangely enough by qualitative indicators, and consequently quite other types of personalities have been hired since. Not to say that everything was better in the past. Hardly any research was published and some staff members thought you had to study mathematics all day to get better insights, Consequently, they would leave their duties and research for what it was. Asking a lecturer for the assessment of your project after more than three months, he seriously asked you "Are you in a hurry, do you need to graduate or what?". At this moment, almost every staff member is overwhelmed with education, research, valorization, and management tasks. They are ’checked’ by student evaluations, paper acceptations, citations, acquired finances, and (research) assessments. Also, the number of PhD students has increased, both enormously and steadily. Very exciting new developments take place, and find their way into the education of the students: 3D printing, Computer Aided Structural Design (including AI), Structural Health Monitoring, Bio based Structures, etc. For a student, it certainly seems to be an excellent time to study at SED. One thing has not changed over all these years, despite all the upbeat advertisements and information on fresh beans and a high-quality roaster, and well, a quite attractive photo on its sides: coffee from our machines is still unbearable. Moreover, the environmentally friendly cups give you that nice hint of carton flavor. Go to the lab, where they make excellent drip coffee since, well, as long as I remember!