In March 2007 this tourist attraction in the Grand Canyon National Park (USA) opened for the public. Since then, over 2 million people visited this skywalk. The structure, consisting of steel boxbeams and a glass floor is shaped as a horse-shoe which offers visitors a 21 meter long walkway over the edge of the canyon wall. At the tip of the glass walkway, the structure cantilivers 219 meters above the Colorado River at the bottom of the canyon. This engineering masterpiece that took four years and 30 million dollars to complete provides visitors a spectacular view on the depth and magnitude of the Grand Canyon. Some structural facts of the skywalk are:

•    The Grand Canyon Skywalk was designed and engineered by MRJ Architects & Lochsa Engineering.
•    The skywalk foundation is strong enough to support about 32 million kilograms – the equivalent of 71 fully loaded 747 airplanes.
•    The foundation consists of eight columns that support the steel box beams. Each box beam is 1.6 meters high, 80 centimeters wide and has 5 centimeters thick walls. The Skywalk is designed to absorb vibration and avoid galloping in windy conditions. The beams were custom fabricated in Utah in 12 meter sections and then trucked to Grand Canyon West. The pieces were welded on site in four months.
•    Three tuned mass dampers specifically calibrated to meet the wind and weight requirements of the location were placed inside the horseshoe frame, making it structurally sound.
•    Two and a half years after the start of construction, the rollout began. Engineers used the same rod and plate method used on the Egyptian pyramids to roll it out over the Grand Canyon. Rollout was completed in two days. •    The structure consists of more than 450 tonnes of steel and 37 tonnes of glass.
•    The glass walls are about 1.5 meters high – safer than code, yet low enough that guests do not feel confined.
•    The skywalk is 3 meters in width.
•    The 46 bomb-proof glass panels were replaced in 2011, four years after opening. The new glass panels consist of five layers of glass bonded together and measuring over 6 centimeters thick, weighing 800 kilograms.
•    Each panel has a thin ‘’sacrificial’’ layer of glass that can be removed and replaced by hand when it becomes scratched. The sacrificial layer will be replaced annually so visitors may always have a crystal clear view of the majestic canyon.
•    Each panel can support 5 kN/m2 , which means the entire skywalk can handle 800 people at once. 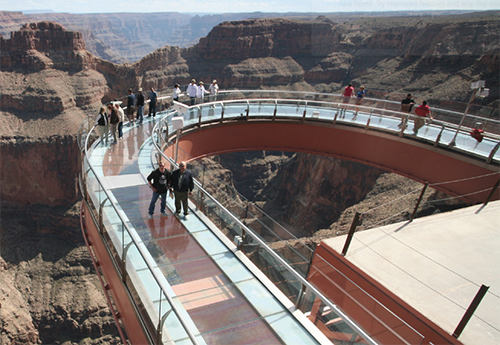 Figure 2: View from the skywalk on the Grand Canyon